Music of the Civil War, Stephen Foster, and
the American 19th Century 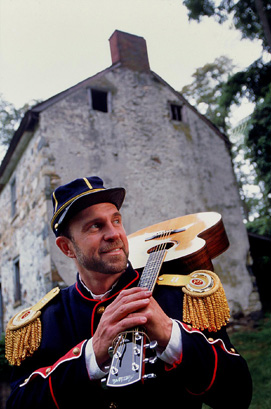 While Charlie Zahm is one of the most popular singers at Celtic and maritime music events in the Eastern United States, several years ago Charlie's interest in the great collection of music from the War Between the States was sparked when friends in the Civil War community *finally* convinced him that with his wide array of Scottish, Irish and otherwise traditional American songs under his belt, he was more than halfway there to a strong Civil War repertoire-and that he would be a welcome addition to that community through his music.

They were exactly right! Charlie's interest in history (in fact, one of his degrees is in history) led him to disciplined research of the period, and how it affected the body of music now so important to its proper understanding.

Further, after finding a photo of Col. Lewis Zahm of the Third Ohio Cavalry at a library in Ohio (pictured here), Charlie found the first of many family connections to the War. Col. Zahm-still much revered in Ohio-was the uncle of the first Charles Louis Zahm (and lent his name to the child, though it is now spelled differently), and Charlie is the fifth in line to hold that exact name; so he is actually, in part, named after a Civil War officer. 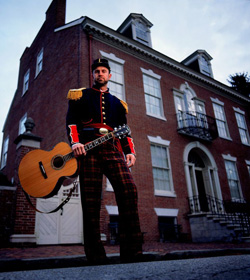 Charlie does his best to present these great songs with the honor due both them and the subjects they recollect. His 13th CD, "Americana," is heavily influenced by music of the War, and the collection of songs (clips of which can be heard elsewhere on this website) has proven a favorite of those who enjoy the study of this period. Charlie has also written two popular first-person music and history programs where he takes on the persona of two gentleman who took part in the conflict, one Irish and one Scottish. These programs are outlined below. 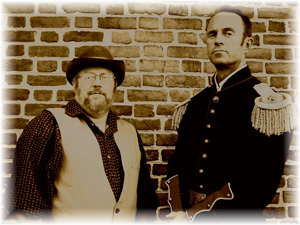 As a life-long student of all things Scottish, preparing a musical history of the 79th New York Volunteers-the Cameron Highlanders-was a natural fit. Charlie's knowledge of this great regiment of well-traveled soldiers, as well as his grasp of Scottish history (the first few hundred men of the 79th were either Scottish or Scottish-American) help to bring the Highlanders alive through this dramatic presentation. Charlie take on the role of Capt. Joseph Laing, a Paisely-born soldier - gravely wounded at first Bull Run but who survives the war. Filled with songs the Highlanders would have known or heard, Charlie relates the campaign experience in an hour-long program sure to entertain anyone from Celtic music lovers through the most bookish of Civil War enthusiasts.

Journey in song and story through the Civil War guided by heroic Irish-American Capt. James Haggerty of the 69th New York State Militia, which so boldly fought in the First Battle of Bull Run in July 1861. Charlie Zahm, renowned traditional balladeer and multi-instrumentalist, recreates in first-person the Donegal immigrant, who rose through the ranks of the state militia system in New York, and took the field knowing full-well he and his men were watched by both the United States (the land of his adoption) and Ireland (the land of the exile's birth). Haggerty gave his last full measure of devotion to his adopted land at Bull Run, and this program features Zahm as our guide Haggerty leading the audience through the heroic story of the Irish Brigade, formed in part by the men of the old 69th, as they covered themselves in glory in every major battle of the Army of the Potomac. 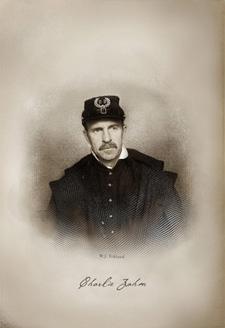 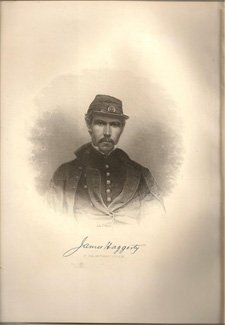 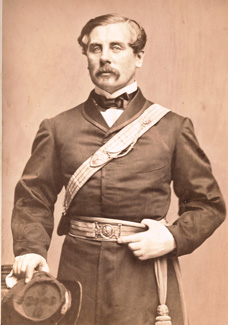 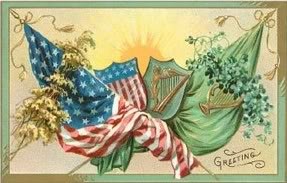 Stephen Foster is undoubtedly "the father of American music," and his beautiful melodies helped define the sounds of his century.

Foster's contributions range from fair and tender love songs (such as "Jeanie with the Light Brown Hair" and "Beautiful Dreamer"), to songs that are embraced in bluegrass and other more rousing musical expressions ("Camptown Races"), and he is the only writer to have penned two state songs ("Old Kentucky Home" and "Old Folks at Home"). A true master of the difficult marriage of lyrics and melody, Foster and his music will live on forever.

And so will the music of countless other fine American songwriters of the 19th Century/Victorian Age. As Charlie brings these songs together, with the stories and significance told of each, the listener can be introduced to— reminded of—the richness of the American songbook from that chapter of our history. As a lifelong student of American traditional song, Charlie's mission is to bring these songs and stories back to life. The melodies are among the most beautiful in any genre, and the words transport the listener to Foster's time of "Dear Friends and Gentle Hearts" (found on a scrap of paper in his wallet after his death), when his prayer for all was "Hard Times Come Again No More." Thanks to Mike Beil for Victorian photos taken at Smithfield Mansion (NJ). 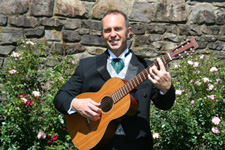 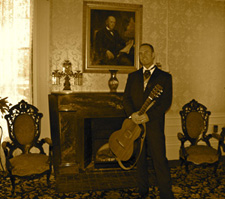 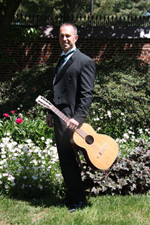 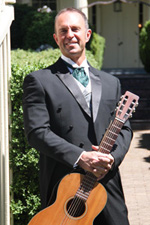 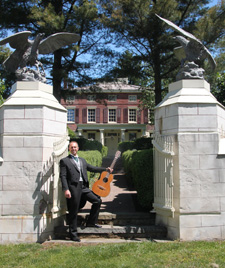